Did you know that your version of Internet Explorer is out of date?
To get the best possible experience using our website we recommend downloading one of the browsers below.

Every year, Mirvish Productions produces and presents dozens of plays and musicals, chosen from the best theatre originating in Canada, New York, London, Australia and beyond. The company programmes two subscription seasons: the Main Season, which offers popular, large-scale productions, and the Off-Mirvish Season, which specializes in smaller more challenging productions. It also programmes many stand-alone shows of new works and revivals, supplemented with special concert engagements of dance, music and comedy.

Mouth Media has been workijg with Mirvish since 2004 as the exclusive web development partner. 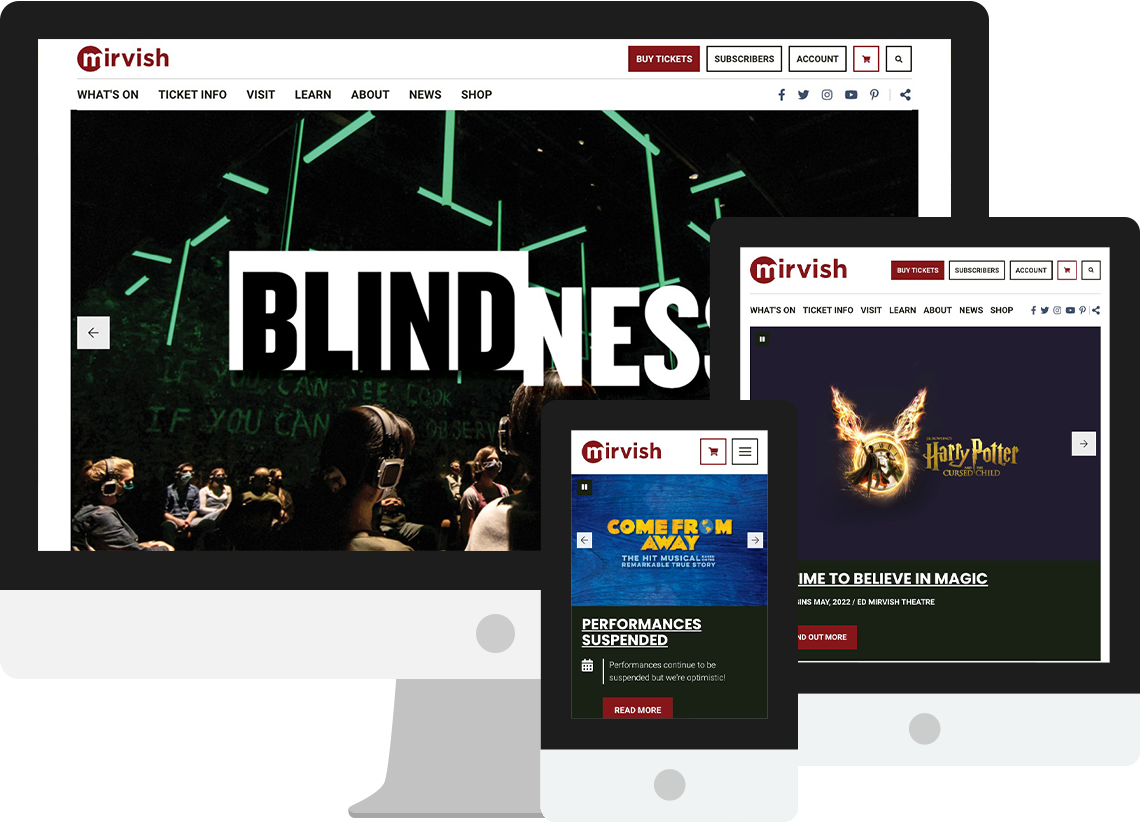 ready to get started?

Share some of the details of your project with us to start the conversation! Don't sweat the details, we won't hold you to it!

Thank you for your interest in Mouth Media! Someone from our team will be in touch shortly regarding your inquiry.